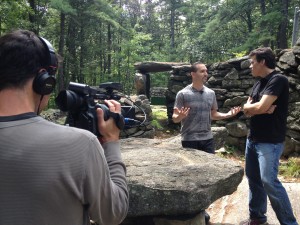 New England Legends got its start in 2013 when author and adventurer Jeff Belanger teamed up with PBS producer Tony Dunne to make a new television series. From there, we’ve grown.

The duo teamed up with Belanger’s childhood friend and musical composer John Judd to give the series a unique sound.

In 2017, the weekly podcast was launched by Belanger and long-time radio personality and producer Ray Auger. Photographer Frank Grace joined the team to photograph some of these legendary locations for the website as well as the annual Haunted New England calendar he produces with Belanger, and finally Lauren Middleton offered some much-need tech help to launch the New England Legends smart phone app.

We’re on a mission to chronicle every legend in New England one story at a time. We do that through our award-winning, Emmy-nominated television series that airs on PBS and Amazon Prime, through our weekly podcast, through our super-secret Facebook group, our free smartphone app, and through this Web site. 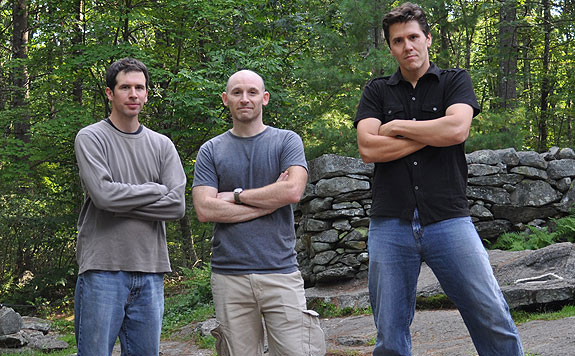 A legend is a living, breathing thing. These aren’t just campfire tales. These legends define who we are as a people, a community, and a region.

New England Legends explores great stories from the fringe throughout Maine, Vermont, New Hampshire, Massachusetts, Rhode Island, and Connecticut. From tales of ghosts and monsters, to UFOs and aliens, to weird history, roadside oddities, and unique heroes and villains, we dive deep into the stories that make our towns and cities like no other place on earth.

We consult with experts, reporters, witnesses, and regular locals who each have something to add to the legend. We connect with our past, our communities, and with each other.

With no big budgets or networks backing us, we’re a community of New England people with a passion for stories. Remember… the bizarre is closer than you think!

The show began airing October 31, 2013 on WGBY in Springfield, Massachusetts, since then Vermont PBS, and Rhode Island PBS have also aired our episodes. In 2017, the episodes also became available on Amazon Prime.