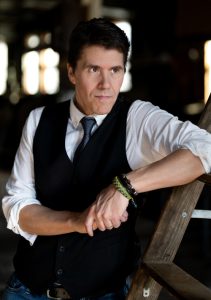 About Jeff Belanger
Executive Producer, Host, Writer
Jeff Belanger is one of the most visible and prolific researchers of folklore and legends today. A natural storyteller, he’s the award-winning, Emmy-nominated host, writer, and producer of the New England Legends series on PBS and Amazon Prime, and is the author of over a dozen books (published in six languages). He also hosts the New England Legends weekly podcast, which has garnered over 4 million downloads since it was launched.

Always one for chasing adventures, Jeff has climbed Mt. Kilimanjaro in Africa, he’s explored the ruins of Machu Picchu in Peru, he’s searched the catacombs of Paris, France (where he encountered his first ghost), he faced his life-long struggle with basophobia on his birthday by going skydiving, and he’s been ghost hunting all over the world from a former TB asylum in Kentucky, to medieval castles in Europe, to an abandoned prison in Australia.

Jeff got his start as a journalist in 1997, where he learned how to connect with people from all walks of life. For his work, he’s interviewed thousands of people about their encounters with the profound.

His books include the best sellers: The World’s Most Haunted Places, Weird Massachusetts, Our Haunted Lives, and his first memoir: The Call of Kilimanjaro. He founded Ghostvillage.com in 1999—one of the Web’s most popular paranormal destinations—and he’s a noted speaker and media personality. He’s spoken at MENSA’s national conference, has given a prestigious TEDx talk in New York City, and provides dozens of live lectures and programs to audiences each year.

Belanger has written for newspapers like The Boston Globe and USA Today, and has served as the writer and researcher on numerous television series including every single episode of Ghost Adventures (19 seasons and counting), Paranormal Challenge, and Aftershocks on the Travel Channel, and Amish Haunting on Destination America. He’s been a guest on hundreds of radio and television networks and programs including: The History Channel, The Travel Channel, Biography Channel, Reelz, PBS, NECN, Living TV (UK), Sunrise 7 (Australia), Bell (Canada), The Maury Show, The CBS News Early Show, CBS Sunday Morning, FOX, NBC, ABC, and CBS affiliates, National Public Radio, The BBC, Darkness Radio, Australian Radio Network, and Coast to Coast AM. 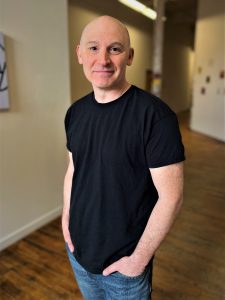 About Tony Dunne
Executive Producer, Director, Editor, Videographer
Tony Dunne is an Emmy® Award-winning television and video content producer, journalist, and documentary filmmaker who has worked in both commercial and public media for over 20 years. He has produced a wide variety of content throughout his career—from magazine shows and public affairs programming to live nightly newscasts and quiz shows—and has been the recipient of numerous industry accolades for his work.

An accomplished documentarian, his credits include the award-winning Things That Go Bump in the Night: Tales of Haunted New England, which aired on PBS stations nationwide; The Making of A Tree. A Rock. A Cloud. which he produced, directed, shot and edited for legendary Hollywood actor/director Karen Allen (of Raiders of the Lost Ark fame); and Tony DiTerlizzi’s Kenny and the Book of Beasts, a profile of the New York Times bestselling author and illustrator, for which he received a Regional Emmy® Award.

A lover of spooky and mysterious things since childhood, Tony co-created the award-winning New England Legends television series with Jeff Belanger in 2013, and is a passionate believer in the power of storytelling as a tool to educate, entertain, and build community. 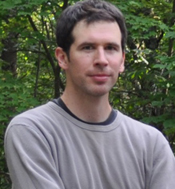 About Nate Buynicki
Director of Photography
Nate Buynicki loves the mysterious… so much so, there isn’t that much known about him! A native of Western Massachusetts and a graduate of the University of Massachusetts, Nate may or may not have done a stint as guitarist for a hardcore metal band. But one thing we do know is that for more than a decade he’s been an award-winning veteran news videographer for ABC and CBS affiliates. He’s responsible for capturing the gorgeous and mysterious images in many episode of New England Legends. 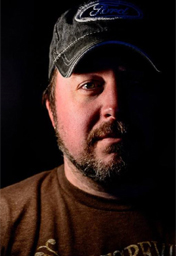 Ray Auger
Co-Host, Producer, New England Legends Podcast
Ray Auger has worked as a radio broadcaster for over 20 years and can currently be heard as the morning guy on 1013.MyFM in Milford, Massachusetts.  His radio experience has led to many opportunities involving the paranormal including the time he caught an impressive EVP while doing a live broadcast at the Portsmouth Music Hall in Portsmouth, New Hampshire, on Halloween Eve. He’s conducted dozens of radio interviews with people involved in the field, which led Ray to Jeff… and the rest is history.

Ray is also a local musician in the thriving Greater Milford area local music scene where he not only plays in multiple bands and acts, but promotes local bands and venues. Follow Ray on Twitter! 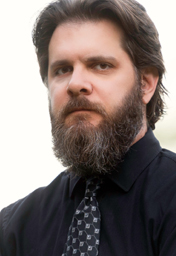 Frank Grace
Photographer
Frank Grace utilizes a special technique called Trig photography that turns renowned haunted buildings into stylized, yet creepy, works of art. Frank has been photographing weird and wonderful New England for the last 15 years. He combines his camera and eye with Photoshop manipulation to bring out the surreal aspects of his subjects. He’s been a finalist for Ron Howard’s “Project Imagination” for the last two consecutive years, his work has been shown in galleries in both New England and New York, his photography is featured in the stage show An Evening of Ghost Stories and New England Legends, and he loves all things ghostly and haunted. Frank uses a Nikon 45-megapixel DSLR camera with a variety of wide-angle and fish-eye lenses. In 2014, he published his first wall calendar with Tide-mark Press Ltd. Visit Frank’s Web site.