Aug. 10, 2019 – The People’s Choice Podcast Awards today announced their 2019 slate of podcast finalists for the 14th annual podcast awards. New England Legends is one of the top-ten finalists in the category of Storyteller-Drama. The winner will be announced September 30, 2019 during a live video stream.

“We’re thrilled to be included among some of the top podcasts in the world,” said Jeff Belanger, co-host and writer of the New England Legends podcast. “Over the past two years we’ve watched our audience grow as more people connect with these great stories of legend, history, and lore from our region’s past.”

“This is a real honor for us,” added Ray Auger, co-host and producer of the New England Legends podcast. “Though we don’t tell these stories to try and win awards, the recognition that we’re doing something right and being counted among the best feels great!” 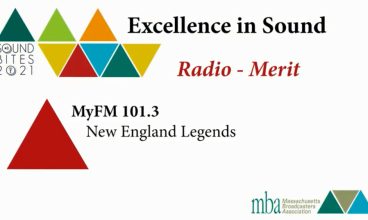