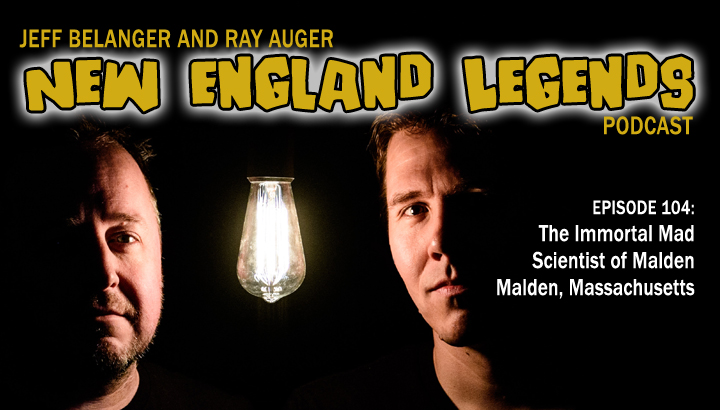 In Episode 104, Jeff Belanger and Ray Auger walk the streets of Malden, Massachusetts, in search of Ephraim Gray, a mad scientist who may be close to 200 years old. They say in 1850, Ephraim Gray was laid in his grave. Half a century later, his casket was found empty. Some believe his immortality elixir worked, and Ephraim Gray simply walked away. 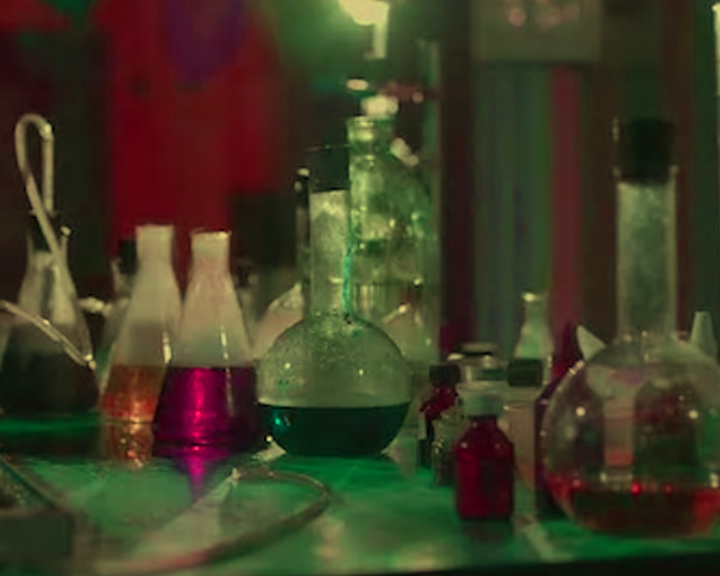 JEFF: It is, Ray. But I figure this is just the kind of night to bring out the guy we’re looking for.

JEFF: He’s been described as a mad scientist. And if we’re to believe the stories, t’s a label that fits for sure.

JEFF: According to the legend, this guy may be around 200 years old, though you wouldn’t know it if you saw him. Tonight we’re searching for Ephraim Gray, the immortal mad scientist of Malden.

JEFF: I’m Jeff Belanger, and if you give us about ten minutes, we’ll give you something strange to talk about today.

RAY: And I’m Ray Auger, and welcome to Episode 104 of the New England Legends podcast. We’re on a mission to chronicle every legend in New England one week and one story at a time.

JEFF: And this Episode – 104, marks our two-year anniversary. For 104 consecutive weeks we’ve brought you a new story each week without a week off and no repeats. And we couldn’t do that without the help of our Patreon Patrons who are sponsoring this episode. If you go to patreon.com/newenglandlegends for just $3 bucks per month you’ll get early access to new episodes, plus bonus episodes that no one else gets to hear.

RAY: And if you enjoy our show, please consider posting a review on iTunes. It’s how other people find our show.

JEFF: And feel free to reach out to us anytime. You can always contact us through our web site at ournewenglandlegends.com or through social media which is just what Amanda McColgan did. I met Amanda at a stop on my story tour earlier this year, she messaged me about Malden’s mad scientist, and we just had to look into it.

RAY: Right. So who the heck was Ephraim Gray?

JEFF: I think in this case, Ray, we may need to use the present tense.

RAY: Ooooh, good point. So who the heck IS Ephraim Gray?

JEFF: To answer that, let’s head back to the Malden, Massachusetts, in the 1840s.

RAY: So we’re talking about a smallish town just north of Boston.

JEFF: Right. And Malden is full of all kinds of people and characters, but one character who draws more than his fair of attention, and I should mention he draws this attention specifically by NOT wanting attention, is a man named Ephraim Gray.

RAY: Here’s what we know about Ephraim Gray. He’s never been married. No children. And he lives alone in a house near the center of town with a manservant. He’s a recluse. On the rare occasion that he does leave the house, he avoids eye contact at all costs. When he’s greeted on the street by folks in town, at best he’ll grunt and keep walking.

JEFF: Gray spends most of his time locked in his house working on strange science experiments.

RAY: (NERVOUS) What kind of experiments are we talking about here?

JEFF: We’re not totally sure, but one thing we do know is at times his closest neighbors complain about horrible smells coming from his house. Sometimes Gray’s manservant will open all the windows allowing plumes of stinky gases to escape from inside.

RAY: This continues for years, with everyone wondering what Ephraim Gray is up to with all of his strange experiments.

JEFF: We have to remember that the 1840s is a time when anyone can contribute to science. You don’t need a PhD or advanced degrees. Some people just tinker in their home laboratories. But when you perform many of your experiments at night, and when strange clouds of stinky smoke billow from your house on occasion, folks are going to wonder.

RAY: Okay, I just got a vision of Dr. Frankenstein trying to reanimate the dead.

JEFF: I can see how the lightning and thunder and strange experiments would make you wonder. It turns out the truth may not be that far off. It’s now 1850, and those strange smells coming from the Gray house have suddenly stopped. It’s quiet. Too quiet. And that’s when the front door opens.

[SFX CREAKING DOOR]
JEFF: And out walks Ephraim Gray’s manservant to announce that his master is dead. He also tells those who have gathered exactly what Gray had been up to for all of these years. He explains how Ephraim was developing an elixir that would grant him immortality. For years he experimented with different concoctions, even experimenting on himself. But father time caught up with Malden’s Mad Scientist, and he passed away before he could perfect his formula.

RAY: Gray’s manservant now stands to inherit everything, but he has a few simple instructions in order to get that inheritance. First, he’s allowed to tell everyone what Gray was up to, but second, and most important, is that Ephraim Gray is to be buried immediately with no funeral, no service, and no embalming. The manservant explains that Gray’s body should be perfectly preserved because of all of these elixirs. So this very same day, Gray is placed in a small crypt in the cemetery in the center of town.

JEFF: But this isn’t the end of the story. Tales of Ephraim Gray’s immortality elixir circulate for years after his death. The story never quite goes away.
RAY: It’s now 1870, and this legend of Ephraim Gray reaches Harvard medical school where some students hear the story, and their curiosity gets the best of them. So one dark night the students tip-toe down to Malden’s cemetery. They find the crypt of Ephraim Gray.

[SFX HAMMERING OPEN]
RAY: And they pry it open.

[SFX CREAKING METAL DOOR]
RAY: When they look inside the casket at the body of Ephraim Gray, they’re shocked to see he looks as if he’d been placed inside that very day. There’s no decay, no sign at all that the man had been buried twenty minutes let alone twenty years!

JEFF: The Harvard students seem satisfied that Ephraim Gray stumbled on something significant, even if they can’t figure out what. So they close the crypt, seal it shut,

[SFX HAMMERING]
JEFF: And head back to Harvard.

RAY: But this still isn’t the end of the story. It’s now 1900 and Malden is growing big time. The population is now north of 33,000 people. To make room, new roads and buildings are being laid throughout town, and it also means that the once-quaint cemetery in the center of town will have to be relocated.

JEFF: The workers are careful to lift the various headstones, and excavate the old graves to make room for the road. Then they reach Ephraim Gray’s crypt. They break it open.

[SFX BREAKING BRICKS]
JEFF: They open the coffin, and they’re shocked at what they see!

RAY: What is it? Is Ephraim Gray still perfectly preserved?

JEFF: No trace of him whatsoever.

RAY: Okay, okay… I’m guessing those students from Harvard must have taken his body back in 1870 to dissect it and run some experiments.

JEFF: You’re not the only person to think that, Ray. But Harvard has no record of it…

RAY: (INTERRUPTING/ARGUMENTATIVE) That’s no surprise. If they stole a body they wouldn’t exactly put that in the university brochures, right?

JEFF: Good point. But still, some folks around Malden will tell you the Harvard students didn’t take ole Ephraim Gray’s body. They’ll tell you that Gray’s immortality elixir really did work. And at some point, Mr. Gray got up, walked out of his crypt, out of the cemetery, and with his head down, he either blended back into Malden, or left town altogether. And that brings us back to today.

JEFF: Me too. You start.

RAY: Does Ephraim Gray have any sort of headstone or marker in any Malden cemetery today?

JEFF: No, I found no death record of any Ephraim Gray in Malden.

RAY: Then I’d be curious when this story first shows up.

JEFF: It’s appeared in multiple books about strange New England legends and lore including one by Edward Rowe Snow. So this story goes back at least half a century.
RAY: But no record of an Ephraim Gray in Malden?

JEFF: None. I found some people in town with the last name Gray, even a Japheth Gray who died from smallpox in 1847, and I found some people with the first name Ephraim. But no match otherwise. But then I broadened the search a bit. (PAUSE) And that’s when I found one Ephraim Gray who was living in Essex, Massachusetts in 1850.

RAY: Essex isn’t that far from Malden! It’s only about 20 miles northeast of here.

JEFF: True. I found this doing some genealogical research on the FamilySearch Web site. In the 1850 census, a man named Ephraim A. Gray shows up in Essex, Massachusetts. He’s a shoemaker which means he’s likely no stranger to tanning and preservation chemicals, he’s 23 years old, and was born in 1827 in New York state.

RAY: Do you think this could be our guy? Right story. Right guy. But wrong town?

JEFF: I don’t know, but there is one really curious thing about the genealogical listing for Ephraim Gray. Here take a look.

JEFF: Tell me what you see.

RAY: It says Ephraim A. Gray, and underneath his name it says 1827

RAY: Then there’s a dash… (PAUSE) and nothing else. (PAUSE) So that means…

JEFF: It means either they never had a record of his death… or… Ephraim Gray never died.

RAY: Which means maybe he out here walking the streets somewhere with quite a story to tell.

JEFF: Ephraim, if you’re out there listening to this podcast, please feel free to reach out to us anytime on our legend line at 617-444-9683, or contact us through our Web site at ournewenglandlegends.com. Where you can also found our entire archive of past episodes, plus dates for my ongoing story tour.

RAY: And Ephraim, if you don’t already subscribe to our podcast, you should because it’s free! You can find us on iTunes, Google Play, Stitcher, Spotify, or wherever you get your podcasts.

JEFF: Our theme music is by John Judd.

RAY: And Ephraim, until next time remember… the bizarre is closer than you think. 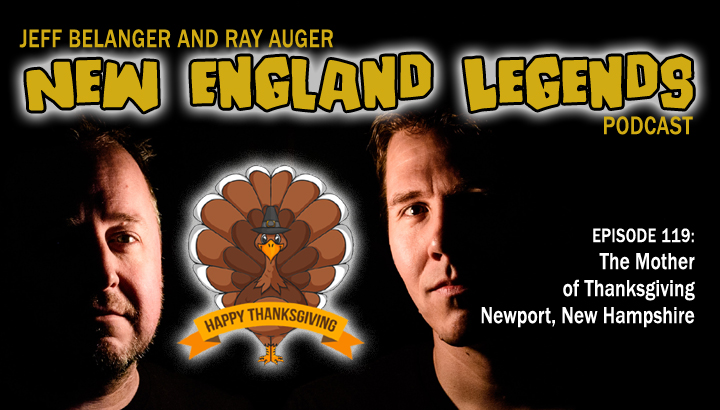