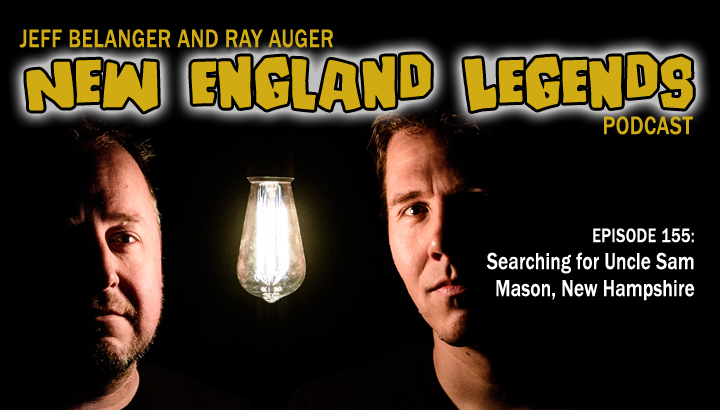 In Episode 155, Jeff Belanger and Ray Auger drive to Mason, New Hampshire, to see the boyhood home of Samuel Wilson, a kid who served the Continental Army by guarding and tending to the livestock, then helped the U.S. cause again during the War of 1812. He’s a guy who cared about his neighbors, and about his country. Though his name was Samuel, most locals knew him simply as: Uncle Sam. We want YOU to hear this podcast. 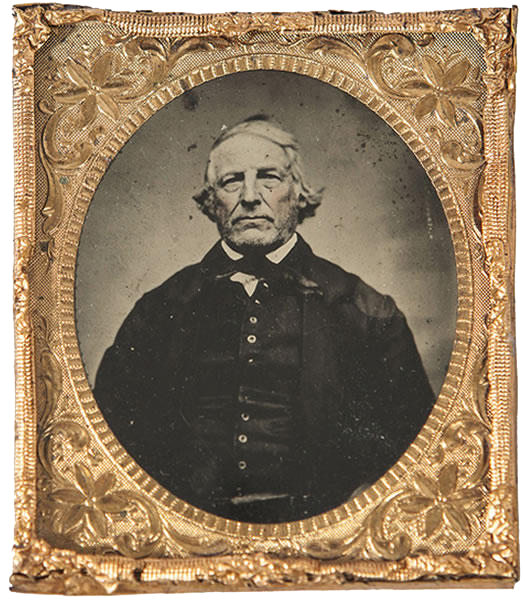 Samuel Wilson was born in Menotomy, Massachusetts, but raised in Mason, New Hampshire. However, the nation would come to know him as: Uncle Sam. 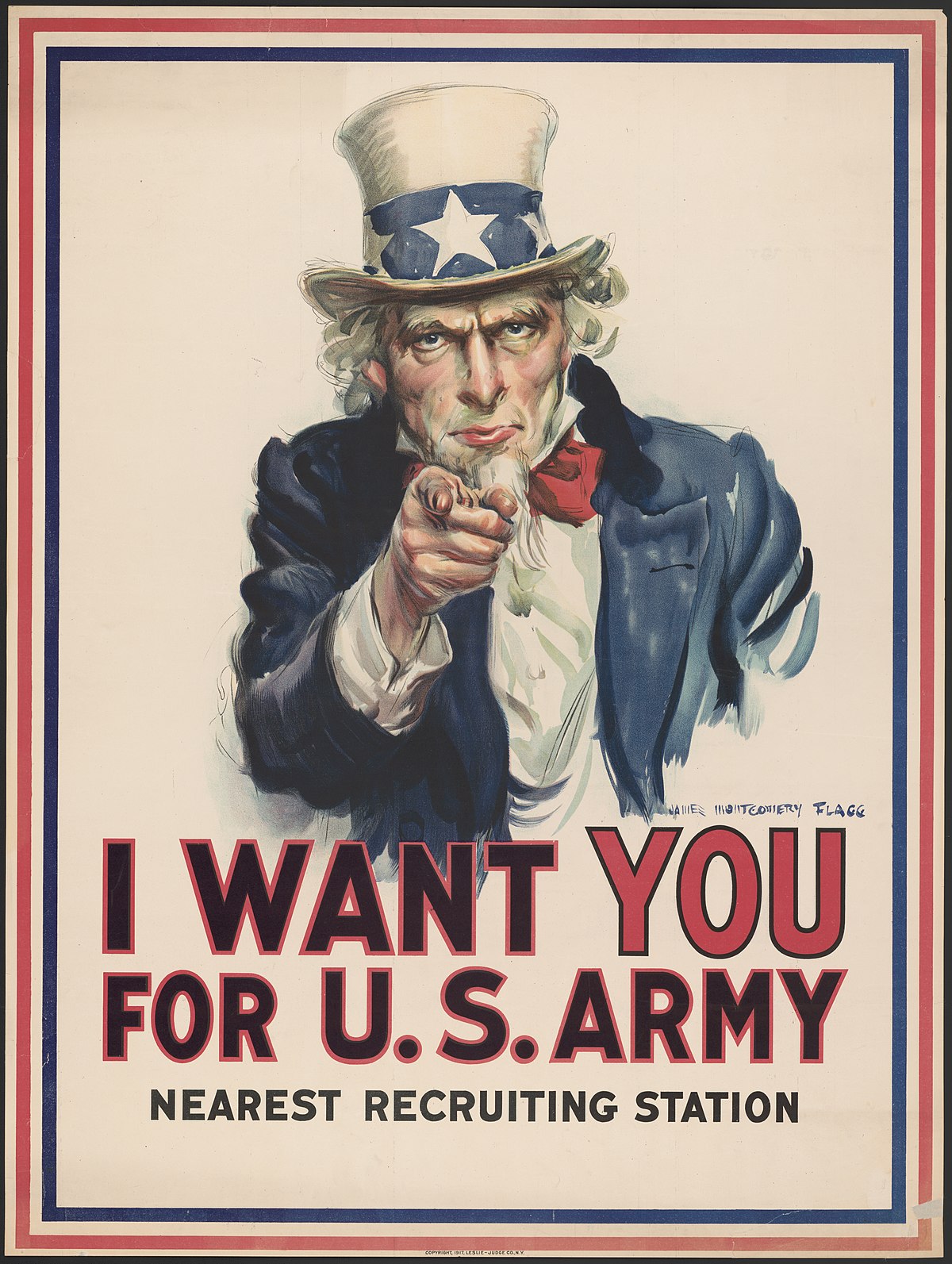 J.M. Flagg 1917 iconic Uncle Sam poster would be used by the Army for decades to recruit new troops.

RAY: This is a very patriotic way to start our journey.

JEFF: In this deeply politically divided time, I thought maybe we could use a little reminder that… you know… this land is your land, this land is my land.

RAY: I couldn’t agree more. But how do we find our way again as a nation?

JEFF: I’m not sure we can help an entire nation, but as for you and me, I thought maybe a trip to southern New Hampshire to see an uncle might help a bit.

RAY: I don’t have an uncle in southern New Hampshire. Are we seeing YOUR uncle?

JEFF: Ray, we’re heading to Mason, New Hampshire, to the home of everyone’s uncle. Today, we’re on a quest to find Uncle Sam.

RAY: And I’m Ray Auger. Welcome to Episode 155 of the New England Legends podcast. If you give us about ten minutes, we’ll give you something strange to talk about today.

JEFF: Thank you for joining us on our mission to document every single legend in New England one story at a time. And thank you to our Patreon patrons who generously support our cause by kicking in just $3 bucks per month to help with our production and promotion costs. These folks get early access to new episodes plus bonus episodes and content that no one else gets to hear. Head over to patreon.com/newenglandlegends to join our movement.

RAY: Also, be sure to check out our Web site for access to all of our past episodes, there’s pictures from most of the places we’ve covered, an interactive map of legends all over New England, dates for Jeff’s ongoing and virtual story tour, and ways for you to contact us on social media. You’ll also find a link to our super secret Facebook group. You can also reach us on our legend line which is 617-444-9683. Call or text us anytime. And please, leave our show closing on there for us!

JEFF: It’s been an amazing journey so far. It’s incredible to see how much or community of legendary listeners has grown. We have some cool surprises coming up later this month too.

RAY: So Jeff, we’re looking for some guy named Sam?

JEFF: Right, but not just any Sam. Ray, we’re looking for Uncle Sam.

RAY: Uncle Sam, as in the United States government?!

JEFF: That’s what it’s come to mean, but there was a time when Uncle Sam was just a guy from New Hampshire who cared an awful lot about his country and his neighbors. Let’s head back 1766 and meet him.

JEFF: It’s September 13, 1766, here in Menotomy, Massachusetts, and Edward and Lucy Wilson have just welcomed a baby boy into the world.

RAY: Isn’t he precious! As a young boy, Samuel and his family move north to the town of Mason, New Hampshire. It’s in this quaint New Hampshire house that the Wilson family learns about the brewing war for American Independence.

RAY: So it’s likely he’s no fan of the British already.

JEFF: Probably not. So in the Wilson House, the idea of independence from England sounds pretty good. Revolution is in the air. Samuel can feel it in his bones. And young Samuel…. He wants to fight.

RAY: Samuel Wilson is only 14 years old when he enlists in the Continental Army in 1781. Being so young, he’s assigned the duties of caring for the cattle, fixing up farm fences, and slaughtering and packing meat to supply the troops.

JEFF: This may sound like some throw-away task for a kid too young to fight on the front lines, but it’s not. The food supply for the troops is critical, plus, the livestock must be guarded, because this would be considered a high-priority target for the British. Take an Army’s food supply, and you’ve pretty much wiped them out without firing a shot.

RAY: Two years later, the war ends, and America is on its own. Samuel Wilson did his part, and now the 16-year-old boy returns home to Mason to regale his parents with everything he’s seen and done. It’s an exciting time! America is independent, and a nation needs to be built from the ground up. Seeking his fortune, Samuel and his brother Ebenezer, head west to the town of Troy, New York, where they setup their own companies. Eventually, they create the E & S Wilson Company, and that’s when Samuel finds himself back in familiar territory: the meat business. They build a dock, and build an enterprise. Folks around Troy, New York, know Sam. He’s already considered one of the town’s early pioneers, and a good neighbor. He looks out for others. Life… is good.

JEFF: Life IS good. Sam returns home to Mason, New Hampshire, where he marries Betsey Mann. The couple will go on to have four children together. He’s living the American Dream… until 1812… when the British come calling again.

JEFF: This young nation is once again at war with the British.

RAY: Armies need supplies. They need food, and they need meat. That’s when the Secretary of War makes a contract with Elbert Anderson Jr. of New York City. The contract is to supply all rations for troops in New York and New Jersey. Anderson quickly reaches out to the E & S Wilson Company as a subcontractor, and very soon barrels of pork and beef are getting packed up…

JEFF: Sam Wilson remembers from childhood just how important this job is to the war effort. Given his experience, he’s soon appointed meat inspector for the Union Army. It’s a job Sam takes quite seriously. Each barrel must be perfect, because soldiers are depending on a good meal. After inspection, the barrel is stamped with the letters E. A. Dash U.S. which indicates Elbert Anderson, United States.

RAY: The thing is, a lot of these barrels of meat don’t have to travel very far. Many make their way to nearby Greenbush, New York, where 6,000 soldiers are waiting for it. A lot of these men are Troy, New York, locals. The thing is, they know where these barrels of meat are coming from, and they know the guy in charge of making sure they’re as good as they can be. When these soldiers see the barrels with E.A. U.S. on them, they don’t think the U and S stand for United States, they claim those letters stand for the guy who packed the meat. A guy known locally as… Uncle Sam.

JEFF: As you can imagines, the letters U and S are stamped onto many different Army items from food to clothes to ammunition. But those boys from Troy saw those letters and thought of a guy back home doing all he can to support them. To them, those letters didn’t refer to a country, they referred to a guy who cared a lot. A guy whose reputation was spreading throughout the ranks and throughout the land. Pretty soon, any supplies with those letters on them meant they came from Uncle Sam. Soldiers felt better knowing this one guy cared so much. And that brings us back to today.

RAY: It was in the year 1917 that the concept and legend of Uncle Sam had grown to the point where he became personified in a poster painted by J.M. Flagg, featuring a white-bearded, stern-looking man wearing a blue jacket, red bowtie, and white top hat with a blue banner and white stars pointing at the viewer above text that reads: I Want You for the U.S. Army. This poster would be used for recruiting soldiers over the span of decades and two world wars.

JEFF: It’s one of the most recognizable posters in American history.

JEFF: His old house should be right up here on Valley Road, in Mason.

JEFF: There it is. A small, red house looking very much the part here in New England. And there’s an official New Hampshire state sign right outside. Go ahead and give it a read, Ray.

RAY: It says: Nearby stands the boyhood home of Samuel Wilson (1766-1854) who was generally known as “Uncle Sam.” He supplied beef to the Army in 1812. The brand on his barrels was “U.S.” The transition from U.S. to Uncle Sam followed and became the popular symbol for the United States.

JEFF: From the man grew a legend, the legend spread, and since the poster published in 1917, he became an icon and a concept. Not bad for a guy born in Massachusetts, and brought up in New Hampshire. It’s worth noting that the town where Sam was born, you may recall, it’s called Menotomy, is modern-day Arlington.

RAY: I love how simple this story is.

JEFF: The best ones often are.

RAY: Here’s a guy who just wanted to help a cause he believed in. He served his country the way he knew how: take care of the food supply for those closest to him.

RAY: He didn’t play politics, he didn’t help some and not others, he took care of his business and community, and it spread from there.

JEFF: There’s a lesson there. Do your job, take care of your community, and good things happen. We should all strive to have the local reputation as everyone’s uncle or everyone’s aunt. Sam always knew, we thrive as a country when we look out for each other.

RAY: I Want YOU… to tell others about our show. Please, post your favorite episode on your social media, consider telling a friend or two about us, or post a review. It all goes a long way in helping our cause.

JEFF: If you want to see pictures of that famous poster and the actual man behind it, head to our Web site and click on Episode 155. On our Web site you can also find links to watch the New England Legends TV series on Amazon Prime right now.

RAY: And of course our theme music is by John Judd.

VOICEMAIL: Hey guys, this Zach from Phoenix, Arizona. Until next time remember… the bizarre is closer than you think. 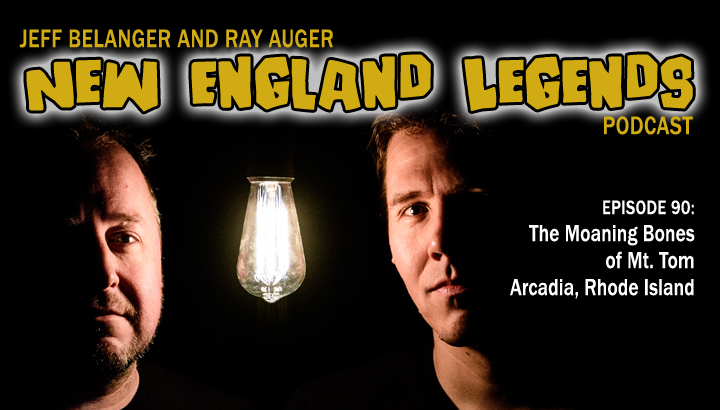