New England Legends January 20, 2022 Podcasts
In 1930, Rollstone Boulder was moved onto a traffic island in Fitchburg, Massachusetts. The effort made to save a rock was expensive and legendary. 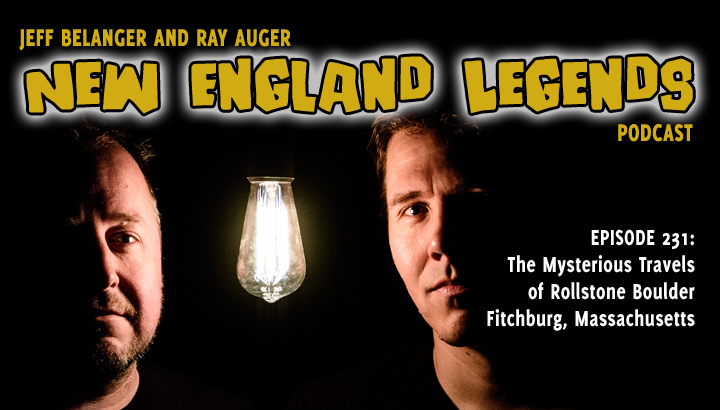 In Episode 231, Jeff Belanger and Ray Auger search downtown Fitchburg, Massachusetts, for Rollstone Boulder; a 110-ton rock moved into a traffic island back in the late 1920s. This boulder was once perched on top of a hill overlooking town, but when stone quarries moved in, local and state politicians made a legendary effort to save this local landmark. But now that it’s been in the center of town for almost a century… no one cares. 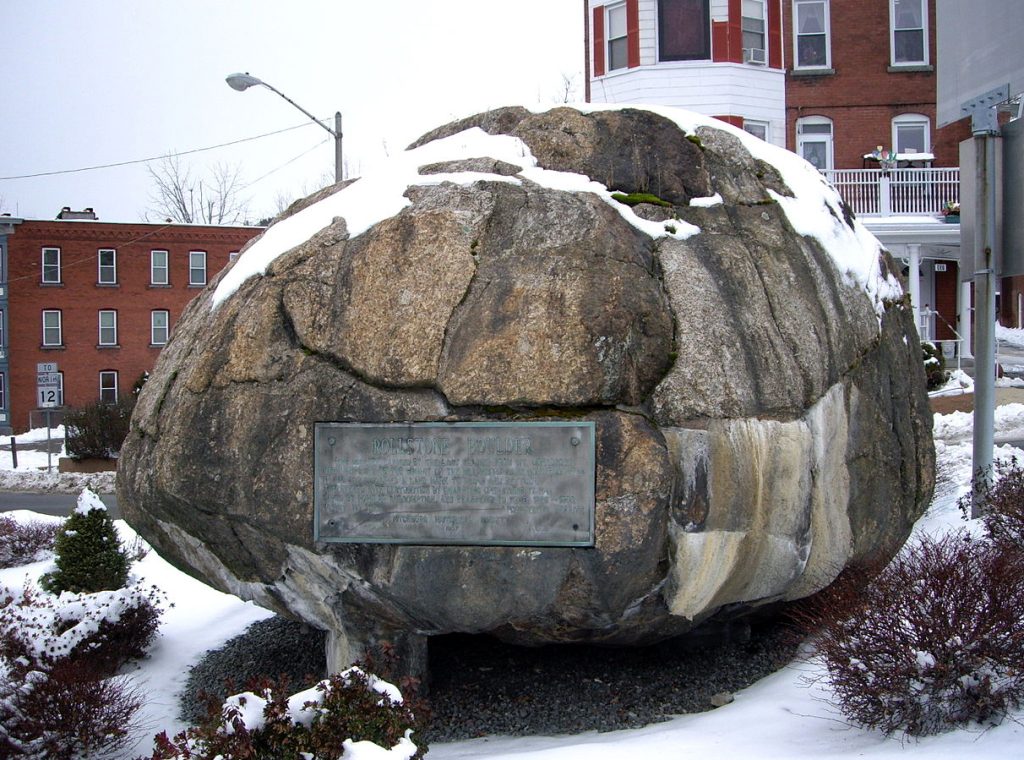 Rollstone Boulder at the corner of Main Street and Rt. 31 in Fitchburg, Massachusetts. 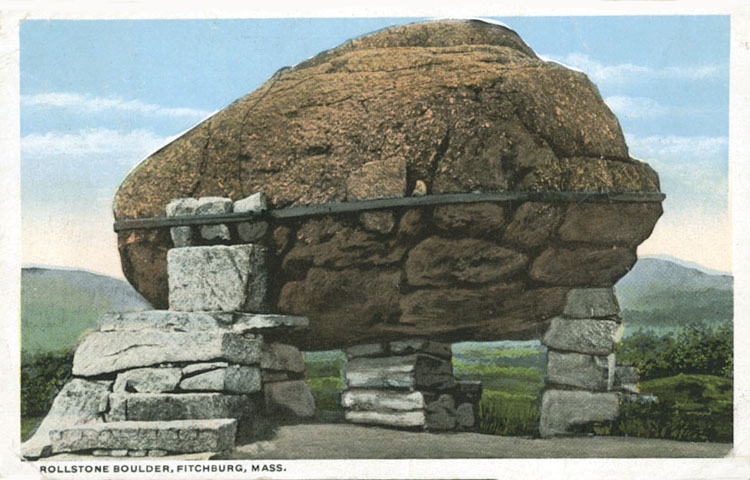 A postcard of Rollstone Boulder when it sat atop Rollstone Hill in Fitchburg. 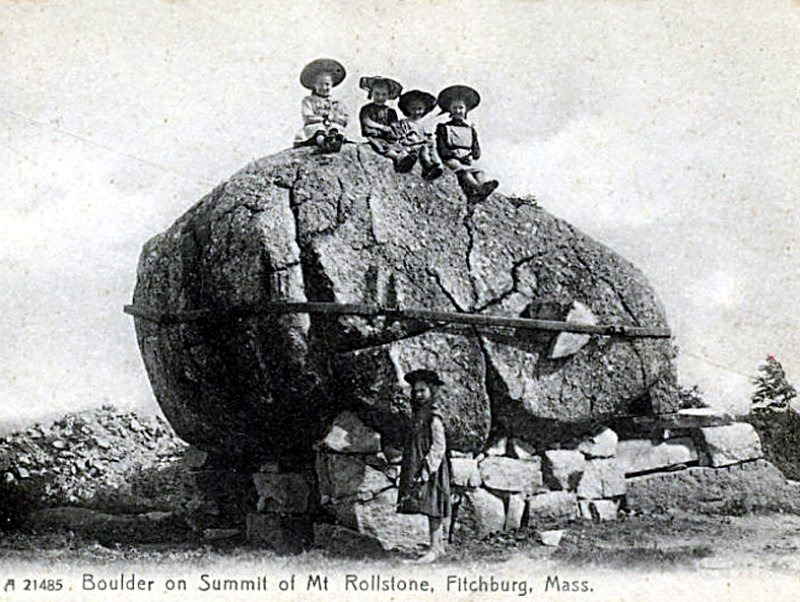 Children playing on Rollstone Boulder in Fitchburg when it sat at the top of Rollstone Hill. 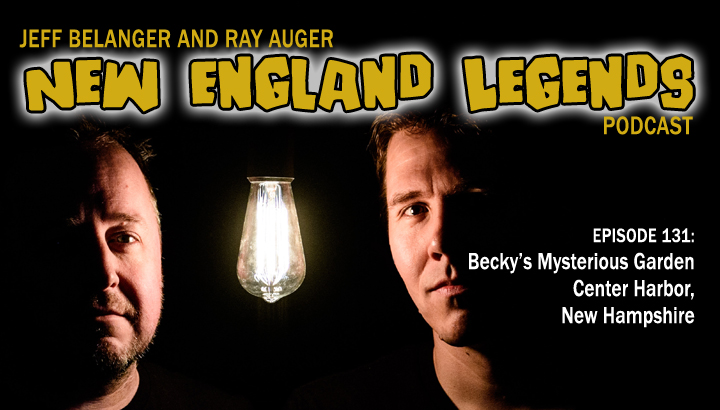 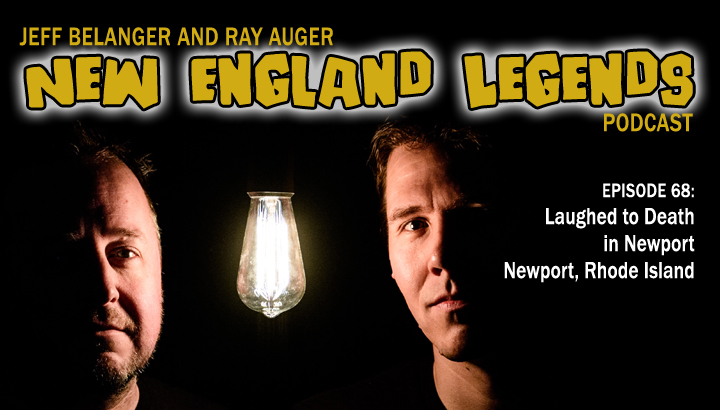