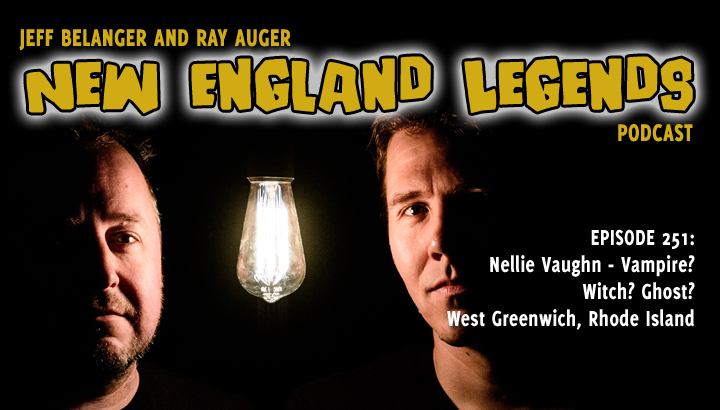 In Episode 251, Jeff Belanger and Ray Auger explore Plain Meeting House Cemetery in West Greenwich, Rhode Island, searching for the lost grave of Nellie Vaughn. Some say she was a vampire. Others claim she was a witch. More believe her restless spirit still haunts this boneyard trying to right a wrong from decades ago. Could this be a case of mistaken identity? 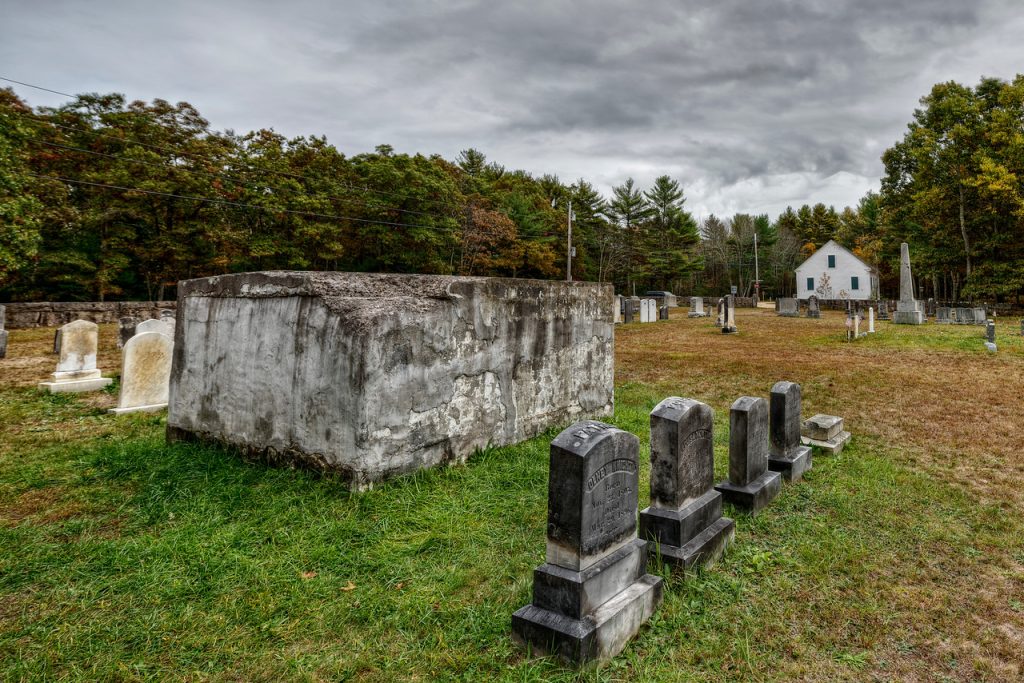 The area of the Vaughn graves at Plain Meeting House Cemetery in West Greenwich, Rhode Island. Photo by Frank Grace.

Please be sure to subscribe to our podcast wherever you get your podcasts, because it’s free! And be sure to share these episodes with a friend or two. It’s how our community continues to grow.
We’d like to thank our sponsors, Nuwati Herbals and Seaside Shadows, we’d like to thank our patreon patrons – head over to patreon.com/newengland legends to get early access to new episodes, plus bonus episodes and content that no one else gets to hear. And our theme music is by John Judd.
Until next time remember… the bizarre is closer than you think.