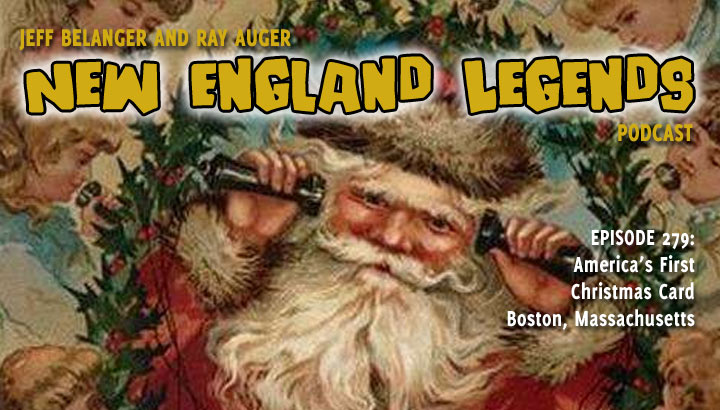 In Episode 279 Jeff Belanger and Ray Auger head to the Roxbury section of Boston, Massachusetts, searching for the factory that produced America’s first Christmas cards. Back in 1875, Louis Prang took a chance that Americans might want to send Christmas cards like they do in Europe. His risk paid off. Within a few years 5 million cards per year were leaving his Roxbury factory, and sending holiday cards became an institution. Jeff and Ray wish you the happiest of holidays! 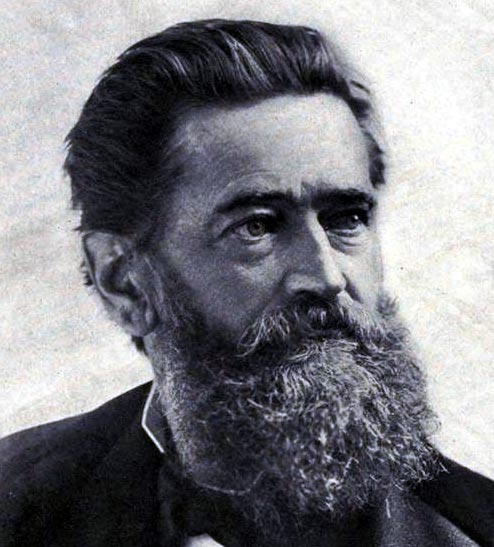 Louis Prang – the father of the American Christmas card. 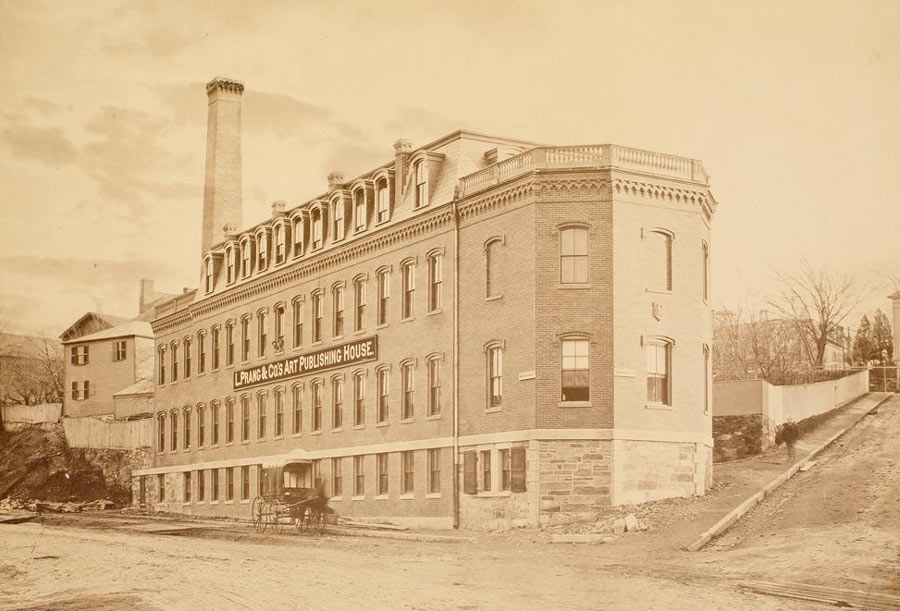 The Louis Prang Factory building circa 1880 in Boston, Massachusetts. 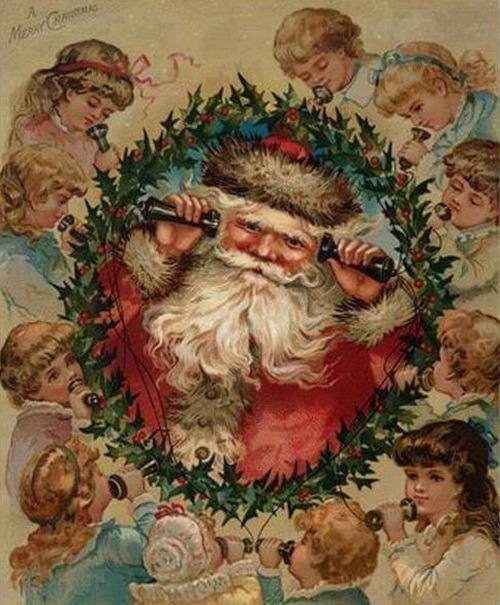 JEFF: While we search for strange creatures,
Monsters, and ghosts.
RAY: You ride with us, We’re Jeff and Ray
Your hosts.

JEFF: Wishing you bright tidings and joy,
And something good to drink…
RAY: Because you know too well
RAY/JEFF: The bizarre is closer than you think.
[OUTTRO]
RAY: Happy holidays and the coolest of Yules no matter what you celebrate. Which brings us to After the Legend!
JEFF: After the Legend is sponsored by our Patreon Patrons. These incredible folks help support their favorite podcast by voting with their wallets. For more than five years now we’ve brought you a new story each and every week. It takes a lot of money to cover our hosting, marketing, production, and travel costs. We appreciate our patrons keeping us going. It’s just $3 bucks per month and for that they get early access to new episodes plus bonus episodes and content that no one else gets to hear. Just head over to Patreon.com/New England Legends to sign up.

Thank you for riding with us each week as we explore this strange land called New England. Did you know most of our story leads come from you? Please get more involved with us. We’re a community of weirdoes always on the lookout for odd tales of ghosts, monsters, aliens, and strange history. Also, please share our podcast with a friend or two, or post it to your social media. The more people who listen, the more people who contribute, and we get to share even more weirdness.
We’d like to thank Michael Legge for lending his voice acting talents this week. Thanks to our sponsor, Nuwati Herbals, thank you to our patreon patrons, thank you to Ed Warren whenever you may be haunting these days, and our theme music is by John Judd.
Until next time remember… the bizarre is closer than you think. 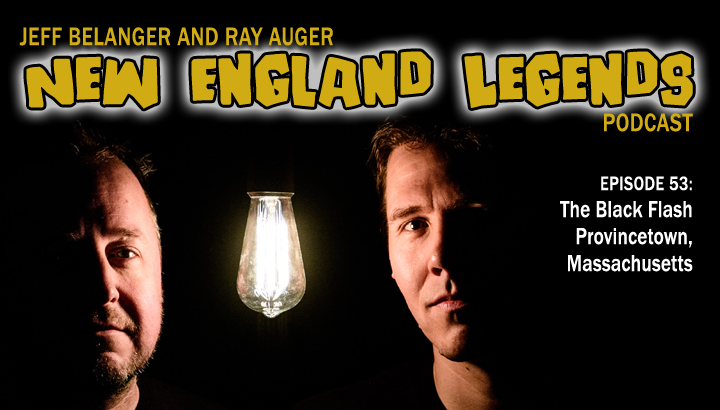