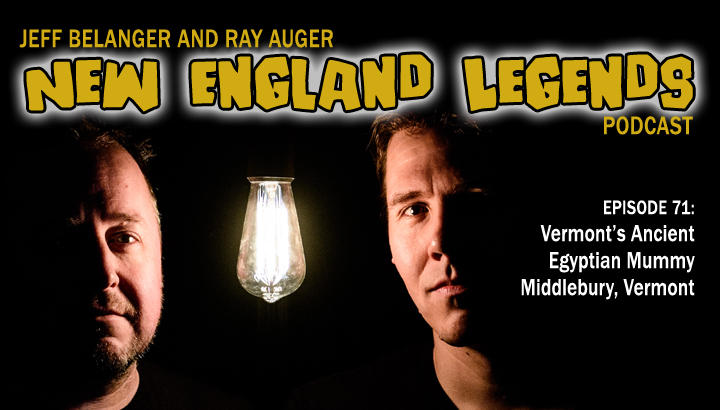 In Episode 71, Jeff Belanger and Ray Auger travel to Middlebury, Vermont, in search of a 4,000-year-old Egyptian Mummy buried in the ground. In 1886, Vermont collector Henry Sheldon (a man described as “a Yankee who never threw anything away”), played a significant role in bringing the body of young Prince Amun-Her-Khepesh-Ef to central Vermont. But after the little mummy arrived he was lost, and almost forgotten for the second time. Is the mummy still there? Is there a curse? 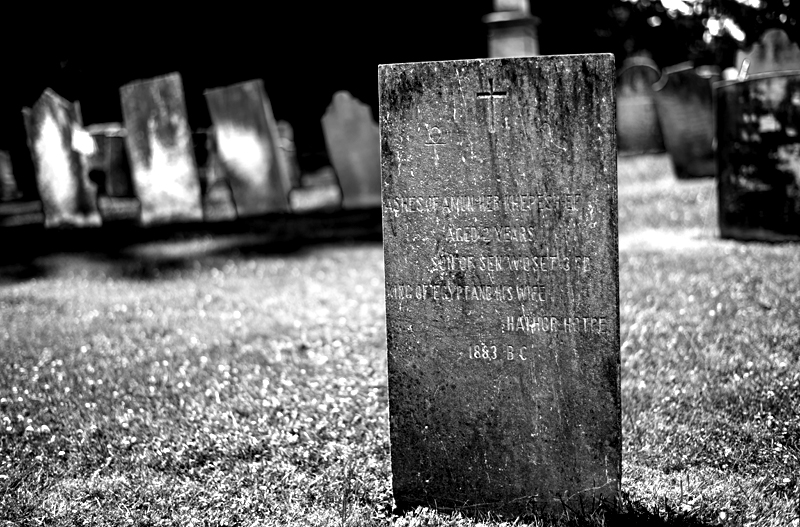 Grave of Amun-Her-Khepesh-Ef in Middlebury, Vermont. Photo by Frank Grace. 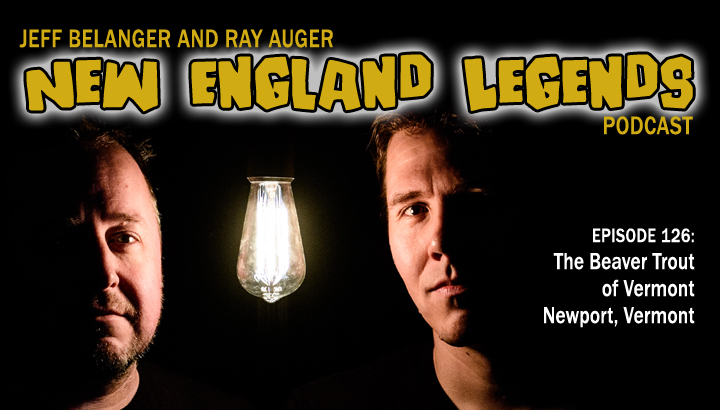