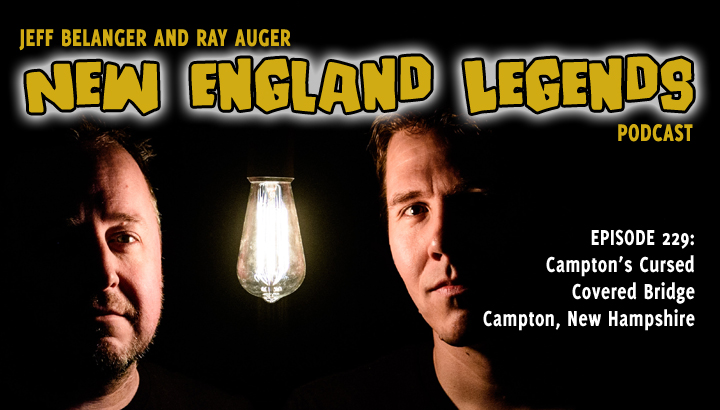 In Episode 229, Jeff Belanger and Ray Auger take a drive to Campton, New Hampshire, to cross the cursed Blair Bridge. A picturesque covered wooden bridge that dates back to 1829, this structure has seen more than its share of tragedies. From the time Lem Parker burned it down because he said God told him to, to the time a doctor’s horse drowned here, to the time Tropical Storm Irene fired tree limbs at the bridge like missiles, maybe this old bridge really is cursed? 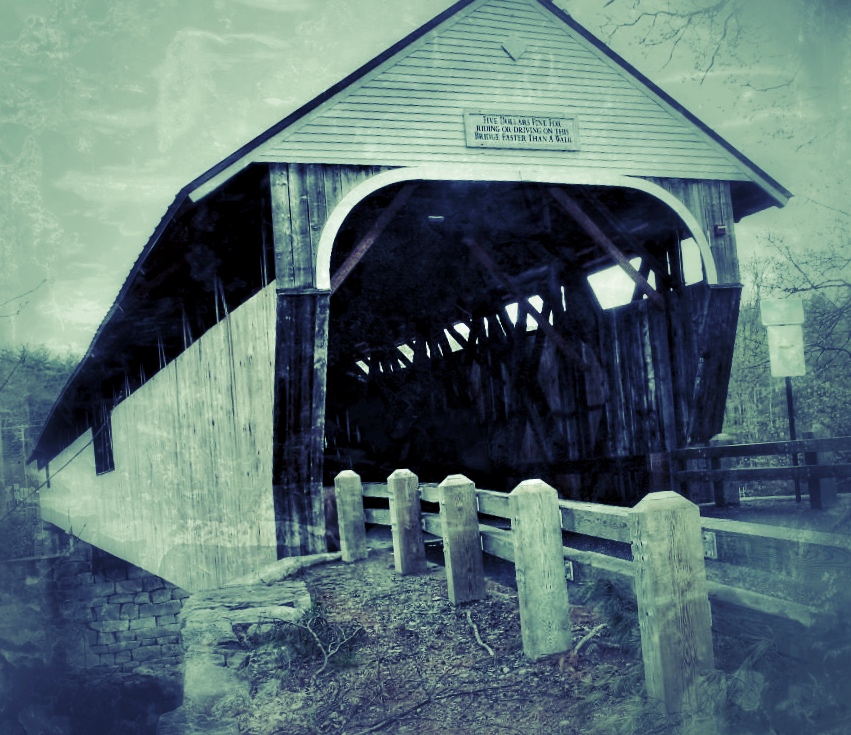